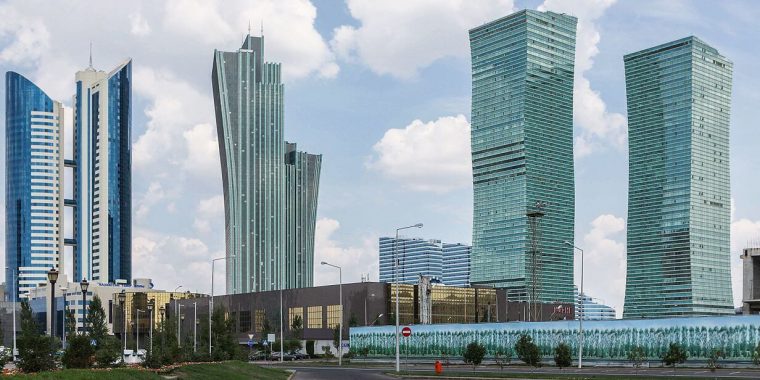 Continuing my travels through the ex-Soviet states, I reached Astana (now, Nur-Sultan City) from Tashkent. This post has been long due, but things kept getting in the way. Nonetheless, since I am not really a “tourist” in Astana, it makes sense to divide the write-ups by the topic, and publish them at regular intervals. Long story short, there will be a series of articles about Astana, this being the first one.

Ever wondered what would happen if someone were to play Minecraft in real life? Like, build stuff from the ground up? Visit Astana, and you’d know.

Nur-Sultan City (Astana): Modernity and Nomadism in One Place

Meet Astana, now known as Nur-Sultan City. This (approximately) 1-million strong city happens to be the capital of Kazakhstan. It is also the northernmost capital city of the contemporary Islamic World.

Plus, Astana is the second coldest capital in the world (surpassed only by the Mongolian capital Ulan Batar). Correct — Ottawa, Helsinki, Reykjavik, Moscow… they all stand behind Nur-Sultan City when it comes to weather.

But weather isn’t the only noteworthy aspect of Astana (bear with me, readers; I’m going to be using “Nur-Sultan City” and “Astana” interchangeably all through this article). There is a lot to talk about, and when I first got here in April this year, I was in for a wild ride.

Yes, I cannot stop talking about the weather. It is not everyday you see snowfall in April, is it?

Part of the reason why I pushed my visit to Kazakhstan to summer was to avoid the -40C temperature of January. Sure, I was successful in avoiding that. But even April proved to be -10C at night — definitely way colder than I imagined.

Nur-Sultan City can get really windy all round the year. This is primarily because the city is situated right in the middle of nowhere, and is surrounded by a steppe landscape. There is obviously no seaside here, and the city’s left part finds itself fully exposed to frequent high winds.

We can talk a lot about geography. After all, Central Asia has always been a well-loved region among geographers! But for now, it’ll suffice to say that Astana is, well… cold. Make no mistake about it — the weather here can be harsh, unforgiving, and outright unpredictable. Sunny mornings can develop into rainy and chilly afternoons, and end up in warm evenings. Pack any type of clothes that you want to, Astana’s weather will still manage to surprise you.

Astana is a planned city, built with the intention of making it the capital of the country. And this “planning” is visible in every aspect of the place. Ishim River “cuts” the city in two parts — the older Right Bank and the newer, more planned, Left Bank.

As you walk around the streets, surrounded by futuristic monuments and landmarks, well-organized roadways and broad sidewalks, you cannot help but notice that this ain’t like other cities of Central Asia. Some might feel that Astana lacks a natural “soul” — something that is found in cities like Almaty or Samarkand, that have grown over the course of centuries.

But this particular city is making up for it and carving an identity of its own. It is evolving into a financial and business hub for the region. Astana International Financial Centre (AIFC) is the region’s first finance-centric entity (I’d talk more about AIFC in a separate article). Every year, the city hosts Astana Finance Days which, as the name suggests, is a finance and Fintech event.

While we are at it, here is some shameless self-promotion: a video of my talk from Astana Finance Days 2019 EdTech Forum:

But that is not all. Walk around the streets, and you’ll discover that the place is full of aspects that distinguish Astana from any other place.

For instance… buildings and landmarks!

Try Khan Shatyr, a neofuturist, 150m high, semi-transparent tent, that covers an area of roughly 35 acres. Oh, it also doubles up as a shopping mall and an indoor beach resort (there might be some other things in there too, but I was too tired to figure out the Russian signboards). 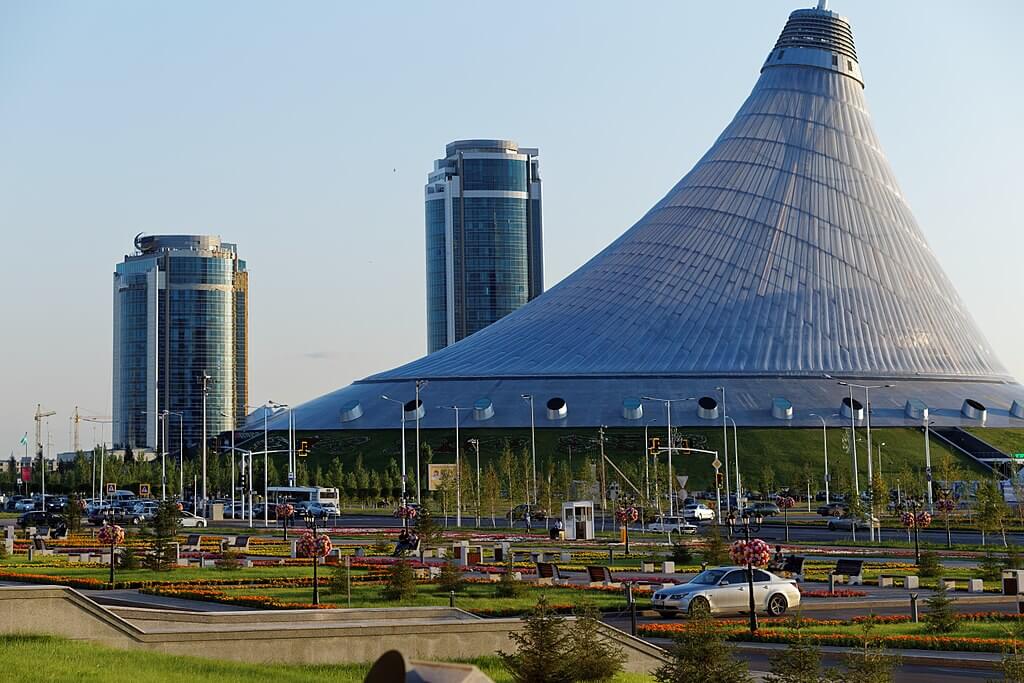 Or the Nur-Alem pavilion, constructed as part of the Expo 2017 building:

Or the National Concert Hall:

Or the Palace of Peace and Reconciliation:

Or the KMG HQ:

You probably get the picture. Nur-Sultan City has no shortage of landmarks and monuments that are pleasing to the eye. Perhaps this is the best part of being a young, planned city — everything is in good shape.

What’s in a Name?

A rose, by any other name, would smell as sweet.

Pretty sure Shakespeare was not referring to Astana when he wrote this… but the quote sure seems apt for this city.

Back in 1832, the settlement of Akmoly was given township status and renamed Akmolinsk. And then…

Changing names of places is a common aspect in the eastern part of the world. That said, not a lot of cities can claim to have held six different names in the span of two centuries.

Having been to Tbilisi, Baku and Tashkent before arriving to Astana, I expected Russian and Kazakh to be the lingua franca. And I was not wrong.

English plays a near-negligible role in Kazakhstan. In the western part of the ex-Soviet world, it is not a daunting task to find English speakers on the street. But as you travel eastwards (towards the ‘stans), you’d find yourself relying almost entirely on Google Translate.

For someone who does not speak Russian at all, getting a hang of things is not easy in Astana. Hardly anyone here speaks English, and I am not talking about people:

Around the Expo territory (the “new” city) as well as in business-oriented centres, English speakers are present. But if you are planning to live in the city and experience life, just know that “life” itself speaks Russian here.

Also, the Cyrillic alphabet is a challenge for anyone who has spent his life reading the Latin, Persian and Arabic scripts. For example, when I saw this:

Kazakhstan is a Muslim majority country. But much like the language and weather, the religion too is different here.

Picture this: Eid al-Fitr is not a gazetted holiday in Kazakhstan.

Many Kazakhs are not trained to read Arabic, and as such, they rely on translations of the Quran. Attendance at masjids is stellar on Fridays, dismal on any other day.

Notwithstanding all of that, there is one rather unique aspect of religion in Kazakhstan. Islam, in itself, is present everywhere; you just need to look in the right direction.

The country was under Soviet occupation for several decades. This led to a whitewash of Islamic elements in the region — the de facto standard greeting (say, when you receive a phone call or bump into people at the elevator) is Здравствуйте — an informal “hello” in Russian, not Salam.

But when you speak in Kazakh, the greeting is Salem-et (comparable to Turkish “Selam!”). Kazakhstan has been the homeland of nomads in the past, and the country is proud of its heritage. Islam, as such, can be found rooted within the Kazakh identity. Being Kazakh, practically, is like being a melting pot of cultures — nomadic, Islamic, and a lot more. This is what makes Kazakhstan both enigmatic and impressive at the same time.

Unlike the other cities of the region, Astana is a different experience as it offers just the right blend of modernity and nomadism.

For someone who loves to travel, traveling in and out of Astana is difficult. Yet, that did not stop me from sticking around here. Going forward, Astana is where I will be spending a good part of my time. More importantly, there will be a regular post about life in Astana, and its various aspects. Upcoming titles are:

In fact, I’ve already signed up for a book about Central Asia, scheduled for release sometime in the coming year. If that is something of interest for you, perhaps you might want to subscribe to my mailing list.